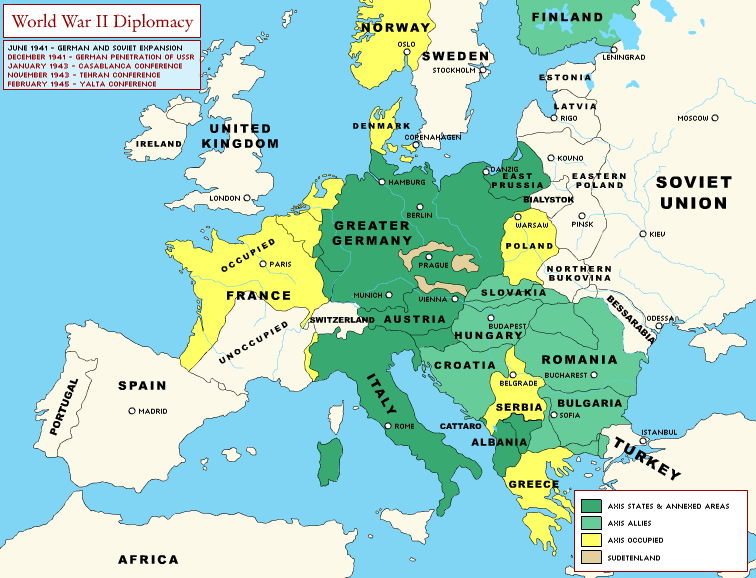 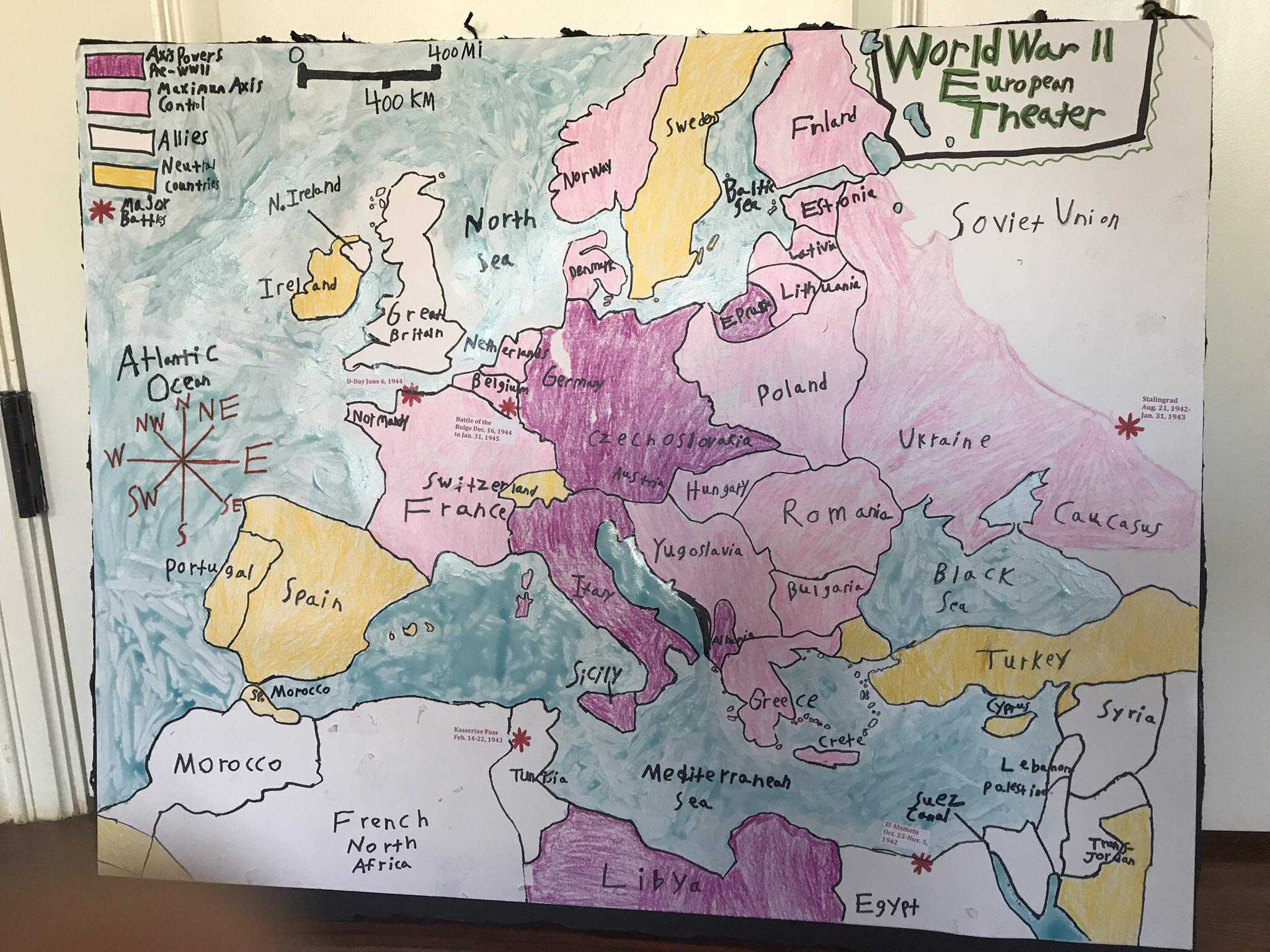 A Cartoon Map of Europe during WWII : Maps. Advance on the Rhine | Historical Atlas of Europe (17 October 1944 . An awesome map of the last time each European country was occupied .